There is (probably) still time to book yourself a table at the Loch Fyne restaurant in Norwich for New Year's Eve. Eastern Straynotes will be playing for the diners. There's a £50 set menu that looks particularly tasty. Although famous for their fish, vegetarians are catered for, as are meat eaters who fancy something non-aquatic.

If you make it down, do come and say hello to the musicians. We'll be playing for about three hours or so; the chances of us playing at least something you enjoy are therefore very good.
Posted by Jonathan at 17:54 No comments:

The pics from Dragon Hall 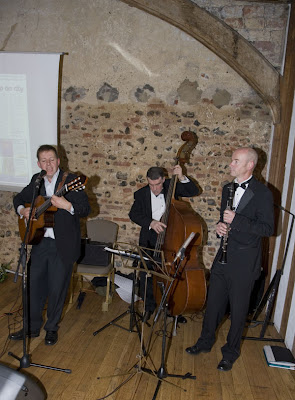 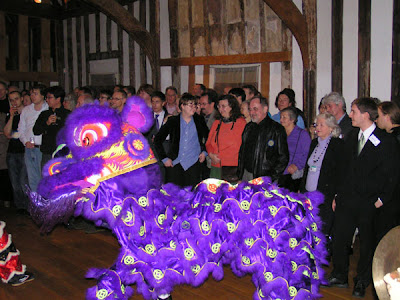 Here are a couple of pics from our first gig with Paul. They're taken in the Dragon Hall where we were playing for Adrian Ramsay's general election campaign launch. In the great boy-band tradition there's one of us playing (just to show we were there) but really the stars were the dragons and, of course, Adrian himself (visible at the right hand edge of the picture, black suit, green tie).

The last time I was in there was to see Louis de Bernieres (he of Captain Corelli's Mandolin fame) play a gig with his wife. She was definitely the musical one but he was game, charming and, most importantly, entertaining. Andy, of course, has played everywhere at some time or another so it was no surprise to learn that he and his guitar had been there before.
Posted by Jonathan at 15:09 1 comment:

There's alot of it about 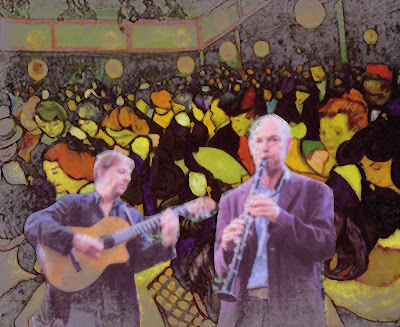 Illness,requests for christmas tunes, a foggy haze, a relative coming to stay. The Straynotes have to cope with many things. Both of us were ill for our slot at the Earsham Street cafe last Friday. It was all a foggy haze. Its amazing what a dose of Calpol, Beechams and some Ibroprofen will get you through.
Written by Andy K
Posted by Jonathan at 16:58 2 comments:

Scenes of young Emos fighting with swords and knives could be seen yesterday while the Straynotes played in the Sainsbury centre.
We like these kind of strange juxtapositons. Inside the Centre a calm and leisurely atmosphere pervaded as the Straynotes lulled the assembled audience and coffee and cakes with Jazz and Klezmer. Outside were teenagers dressed in black fighting. The relaxed photo belies the tensions outside. Andy. 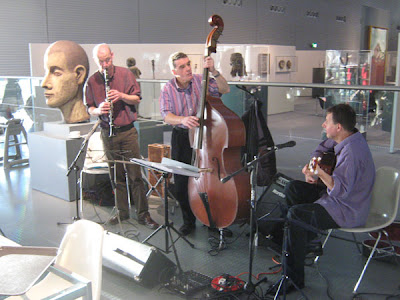 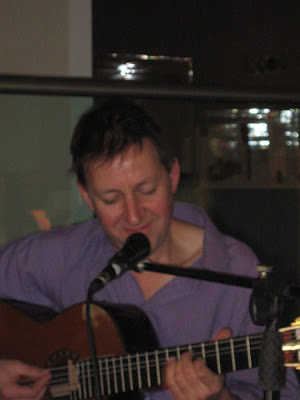 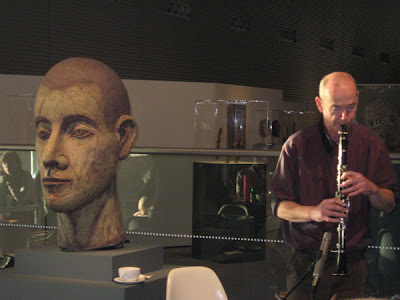 New tunes on the site 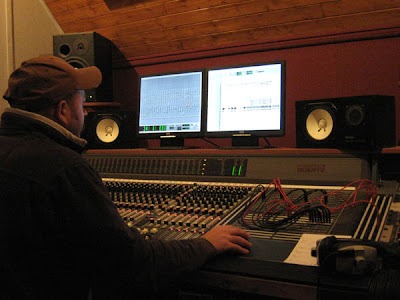 At last, the demo tunes we recorded at Ashwood Studios can be heard at www.easternstraynotes.com. We recorded them, with Sandra on bass and Sotos at the controls, last June. Now they've been mixed, mastered and uploaded.

Eastern Straynotes are playing at the Sainsbury Centre for the Visual Arts on the University of East Anglia campus this Sunday.

Free activities for the kids, free Sunday papers and the free music starts at one o'clock. Take a walk around the grounds then come and enjoy coffee and cake to the sound of south-west Norwich's finest jazz and klezmer trio. 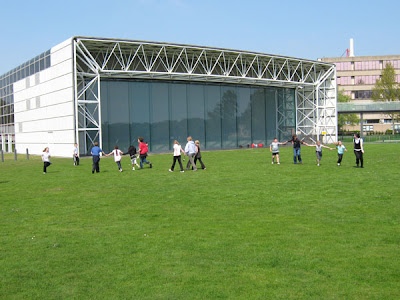 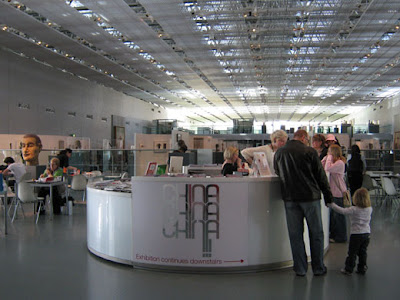