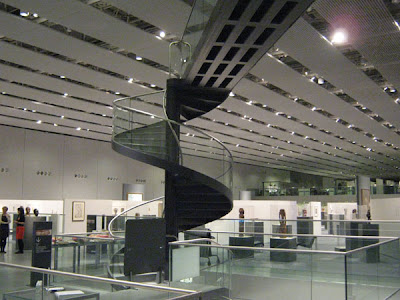 The busy run-up to Christmas provided the Straynotes to demonstrate their versatility. Among our December gigs were a sedate arty-party in the always impressive Sainsbury Centre for the Visual Arts, a cosy pub on the north Norfolk coast, and a pre-Christmas blow-out for foodies in a restaurant in Great Yarmouth.

Regular readers will know that we always enjoy playing at the Sainsbury Centre so were especially pleased to be asked to play for the Friends' annual Christmas party. This was very much a chat and catch-up event so our role was provide the oil that lubricates the flow of words. The trick is to get a few feet tapping without seeing anyone cup their ears in order to hear. By that measure I think we did pretty well. The favourable comments we received at the end of the evening were the icing on the Christmas cake. 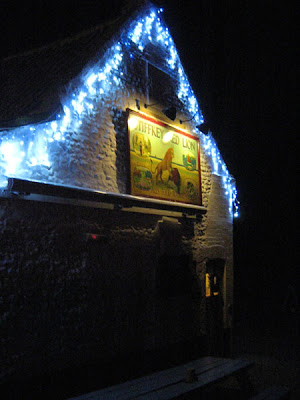 The Stiffkey Red Lion is a pub that has moved with the times, embracing the fashions for beer gardens and food (for which it has a deserved reputation) without losing its identity as a village pub. It has maintained the layout it had when it began life (as the Black Lion) in 1836, comprising a series variously sized rooms. We played in the bar by a large log fire. Very cosy on what was a particularly cold night, but it meant constantly retuning as the heat affected the instruments. Had Andy dropped his guitar at any point it would have been engulfed. We were certainly on fire musically with an attentive audience of locals and weekenders, none of whom were averse to dancing between the tables. Andy duetting with Paul's thumping double bass on 'Undecided' was an especially exhilarating moment; everyone in the bar was wearing the look of wonder. 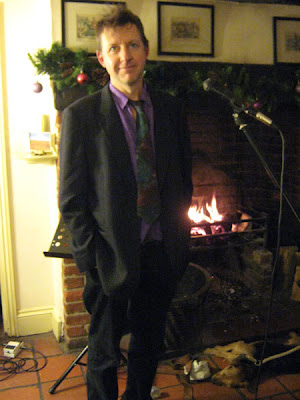 Plenty of people decided to have their office Christmas meal at the Quayside Plaza Restaurant in Great Yarmouth. I have blogged before about the interesting curios displayed there from antique Indian door frames to enormous oils in Latin American styles. The restaurant operates as a cafe-bar and shop during the day, specialising in fine coffee mixed with third world art and accessories. This resulted in some bizarre takes on the festive season. When I wound our extension lead behind a display of foot-high carved wooden Christmas gnomes I really should have thought to take a quick snap. If they have them again next year (and I can't imagine they were flying out of the door) I will rectify this omission. 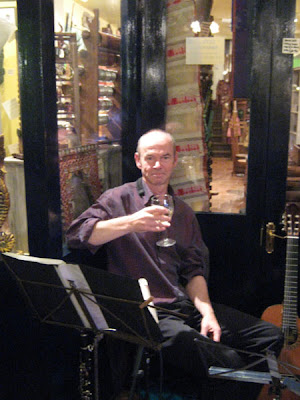 Happy New Year from Eastern Straynotes!
Posted by Jonathan at 15:26 No comments: