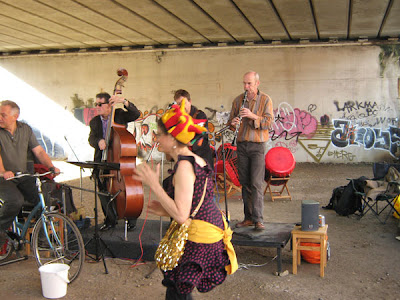 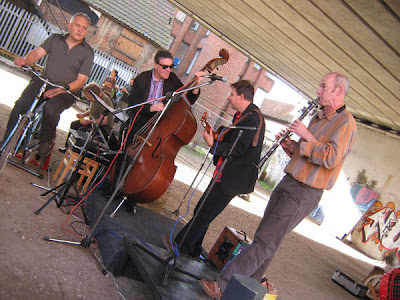 On Saturday, Eastern Straynotes took part in the Magdalen Street Celebration in Norwich, organised by the Transition Norwich. In case you don't know, the Transition movement explores ways of coping with a post-carbon world: lots of discussion, education and experimentation. The reason there is someone on a bicycle at the front of the stage is because the PA was powered by pedalling. No mains power required, even to charge the battery. And the sound system was perfectly adequate. 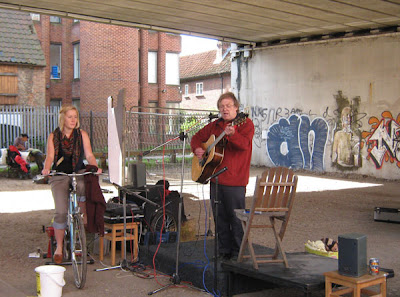 The singer/guitarist in the final picture is Tom Foxe and it was he who devised, built and provided the PA. So it looks like amplified music will survive after the oil runs out. At least for a while. And while we waited for the end of life as we know it we partied on the October sunshine beneath the Magadelen Street flyover.

Despite the sun, the hand-warmers came out and I have a hunch that this was probably our last outdoor gig of 2010.
Posted by Jonathan at 20:03